When To Spay & Neuter 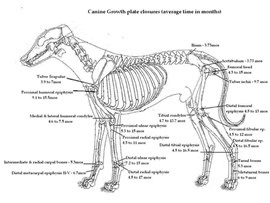 The UC Davis Golden Retriever Study on the effects of early Spay & Neutering, and the age at which a dog is neutered, may affect the animal’s risk for developing certain cancers and joint diseases, according to a new study of golden retrievers by a team of researchers at the University of California, Davis.

The study, which examined the health records of 759 golden retrievers, found a surprising doubling of hip dysplasia among male dogs neutered before one year of age. This and other results were published Feb. 13 in theonline scientific journal PLOS ONE.

“The study results indicate that dog owners and service-dog trainers should carefully consider when to have their male or female dogs neutered,” said lead investigator Benjamin Hart, a distinguished professor emeritus in the UC Davis School of Veterinary Medicine.

“It is important to remember, however, that because different dog breeds have different vulnerabilities to various diseases, the effects of early and late neutering also may vary from breed to breed,” he said.

While results of the new study are revealing, Hart said the relationship between neutering and disease-risk remains a complex issue. For example, the increased incidence of joint diseases among early-neutered dogs is likely a combination of the effect of neutering on the young dog’s growth plates as well as the increase in weight on the joints that is commonly seen in neutered dogs.

Dog owners in the United States are overwhelmingly choosing to neuter their dogs, in large part to prevent pet overpopulation or avoid unwanted behaviors. In the U.S., surgical neutering — known as spaying in females — is usually done when the dog is less than one year old.

In Europe, however, neutering is generally avoided by owners and trainers and not promoted by animal health authorities, Hart said.

During the past decade, some studies have indicated that neutering can have several adverse health effects for certain dog breeds. Those studies examined individual diseases using data drawn from one breed or pooled from several breeds.

Against that backdrop, Hart and colleagues launched their study, using a single hospital database. The study was designed to examine the effects of neutering on the risks of several diseases in the same breed, distinguishing between males and females and between early or late neutering and non-neutering.

The researchers chose to focus on the golden retriever because it is one of the most popular breeds in the U.S. and Europe and is vulnerable to various cancers and joint disorders. The breed also is favored for work as a service dog.

The research team reviewed the records of female and male golden retrievers, ranging in age from 1 to 8 years, that had been examined at UC Davis’ William R. Pritchard Veterinary Medical Teaching Hospital for two joint disorders and three cancers: hip dysplasia, cranial cruciate ligament tear, lymphosarcoma, hemangiosarcoma and mast cell tumor. The dogs were classified as intact (not neutered), neutered early (before 12 months age), or neutered late (at or after 12 months age).

Joint disorders and cancers are of particular interest because neutering removes the male dog’s testes and the female’s ovaries, interrupting production of certain hormones that play key roles in important body processes such as closure of bone growth plates, and regulation of the estrous cycle in female dogs.

The study revealed that, for all five diseases analyzed, the disease rates were significantly higher in both males and females that were neutered either early or late compared with intact (non-neutered) dogs.

Specifically, early neutering was associated with an increase in the occurrence of hip dysplasia, cranial cruciate ligament tear and lymphosarcoma in males and of cranial cruciate ligament tear in females. Late neutering was associated with the subsequent occurrence of mast cell tumors and hemangiosarcoma in females.

In most areas, the findings of this study were consistent with earlier studies, suggesting similar increases in disease risks. The new study, however, was the first to specifically report an increased risk of late neutering for mast cell tumors and hemangiosarcoma.

For more than 100 years, UC Davis has been one place where people are bettering humanity and our natural world while seeking solutions to some of our most pressing challenges. Located near the state capital, UC Davis has more than 33,000 students, over 2,500 faculty and more than 21,000 staff, an annual research budget of over $750 million, a comprehensive health system and 13 specialized research centers. The university offers interdisciplinary graduate study and more than 100 undergraduate majors in four colleges — Agricultural and Environmental Sciences, Biological Sciences, Engineering, and Letters and Science. It also houses six professional schools — Education, Law, Management, Medicine, Veterinary Medicine and the Betty Irene Moore School of Nursing. 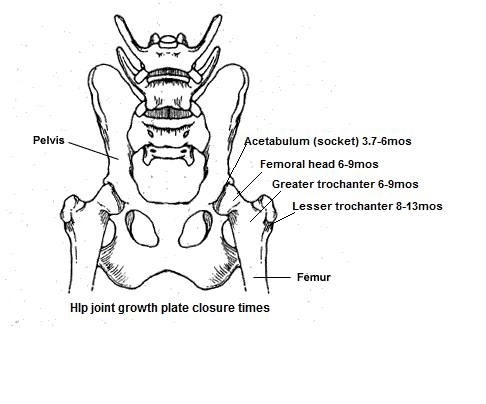 These are great articles that you should read before you make the decision to spay or neuter!  I am considering putting these in my Health Guarantee.
Please click on the link below to read this article!
Neutering-effects on joint disorders
↑